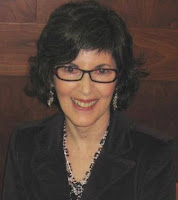 Carol Matas is the acclaimed author of more than 45 books for children and young adults. Carol's first book for adults, Past Crimes, was published by Fictive Press in 2020.

Carol writes in all genres, from historical fiction to fantasy, sci-fi to contemporary. Her best-selling work, which includes three award-winning series, have won over 100 awards and have been published all over the world in more than 15 languages. She has adapted some of her books into plays and has had productions in Tel Aviv, Montreal, Toronto and Winnipeg.

Carol lives in Winnipeg, Canada, with her author husband Per K. Brask. Brask's three poetry collections, A Spectator, Above Palm Canyon and The Tzaddik and other poems, along with his adaptations of philosophical and ethical works by Andreas Simonsen, were published by Fictive Press.

In fall of 2013, Fictive Press published Carol's first non-fiction book for children and their families. When I Die, a meditation on the circle of life, is sure to provide comfort to readers of all ages.

Carol's 45th book, Tucson Jo, an historical novel for middle grades and a 2014 NATIONAL JEWISH BOOK AWARDS FINALIST in the Children's and Young Adult Literature Category, was launched on October 1, 2014, at McNally Robinson Booksellers in Winnipeg, Canada, in a dual launch with Foundational Thoughts in Judaism, edited and translated by Per Brask. Tucson Jo was also chosen for inclusion in the Spring 2015 edition of Best Books for Kids & Teens (BBKT) published by the Canadian Children's Book Centre and a 2015 McNally Robinson Book for Young People Awards Finalist.

Cloning Miranda, a sci-fi thriller for middle grades, was published in the fall of 2017.
〰〰〰
CHARLOTTE CAMERON 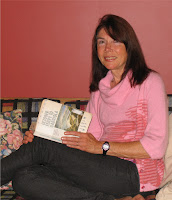 Charlotte Cameron writes plays and novels inspired by historical figures.
What if the past suddenly invaded your present?
Fifteen-year-old Lesley Graham starts having nightmares when she accompanies her family to a remote village in the South of France. Her first job, first crush and a series of unsettling events challenge Lesley in ways she never expected – and force her to reconsider the role that history plays in our lives.
A coming-of-age novel for readers 10 and up.
Available in all ebook formats and in print-on-demand.
🕀🕀🕀

October Ferries to Gabriola (Fictive Press, 2017) is based on the tempestuous life of British novelist Malcom Lowry and his brief visit to Gabriola Island in 1946 with his second wife, Margerie Bonner.

Running: The Alex Decoteau Story (Fictive Press, 2014) recounts the tale of Alex Decoteau, a Cree runner and Canada's first Aborigal policeman, who returned from the Stockholm Olympics in 1912 to a hero’s welcome parade in Edmonton and died in 1917 running to deliver messages between the trenches at the Battle of Paschendaele. Running premiered at The Edmonton International Fringe Theatre Festival in 2001.

No Gun for Annie, the story of Annie Jackson, Canada’s first policewoman, who joined the Edmonton Police Service in 1912, premiered at The Edmonton International Fringe Theatre Festival in 2000.

Cameron’s novel, The Amaranthe, about the persecution of the Cathars in France in the 13th century, was shortlisted for the Sixth Alberta Writing for Youth Competition in 1994.

Cameron’s book review of Little Comrades by Laurie Lewis appeared in BC BookWorld (2012).

In 2013, Cameron worked with a team of three playwrights and three local mystery writers to create a serial mystery entitled It Happened on Gertie to celebrate the acquisition of Gabriola’s first fleet of buses, which now provide public transportation on Gabriola Island.

Cameron is a member of The Federation of BC Writers, Writers Guild of Alberta, AB Playwrights Network, Theatre Alberta, Canadian Society of Children’s Authors, Illustrators and Performers (CANSCAIP) and the Playwrights Guild of Canada. She is also a director on the board of the Poetry Gabriola Society.
〰〰〰
PER BRASK 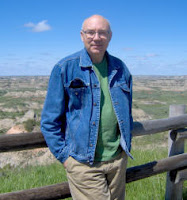 Per K. Brask is an accomplished dramaturge and author who has published poetry, plays, short stories, essays and literary translations ... and more. His translation (with Patrick Friesen) of Danish poet Ulrikka S. Gernes's book, Frayed Opus for Strings & Wind Instruments, made the Canadian shortlist of the 2016 Griffin Poetry Prize, one of the world's most prestigious poetry awards. 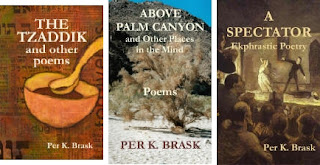 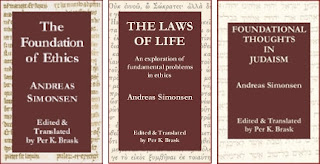 Fictive Press has published three of Brask's poetry collections: A Spectator, Above Palm Canyon and Other Places in the Mind and The Tzaddik and other poems. In October, 2014, he launched his translation of Andreas Simonsen's Foundational Thoughts in Judaism at a joint event at McNally Robinson Booksellers in Winnipeg, Canada, where his wife, Carol Matas, also launched Tucson Jo, an historical novel for middle grades, which became a 2014 National Jewish Book Awards finalist. His second translation of a Simonsen work, The Laws of Life, was published by Fictive Press in October 2015. He completed his Simonsen trilogy with the publication of The Foundation of Ethics in 2017.
His creative writing, essays and translations have appeared in Anthropologica, Border Crossings, Canadian Folklore, Canadian Theatre Review, C.G. Jung Page, Contemporary Verse 2, Consciousness, Literature and the Arts (where he also serves on the editorial board), Danish Literary Magazine, Descant, Ecotone, Eleven Eleven, Event, Grain, Journal of Dramatic Theory and Criticism, The Literary Review, Malahat Review, Modern International Drama, NeWest Review, Nexus, Performing Arts Journal, Poetica, Poetry Canada Review, Poet Magazine, Poetry Kanto, Poetry Wales, Prairie Fire, The Philosophers' Magazine, Quarterly Review, Rhubarb Magazine and Zygote.

Per Brask is recently retired from the Department of Theatre and Film at the University of Winnipeg, where he taught since 1982. His activities now focus on creative writing, translation and Judaic studies.
〰〰〰
RALPH HANCOX

August 23, 1929—March 22, 2017
British-born Ralph Hancox had a lively publishing and writing career spanning more than 60 years. He arrived in Canada in 1955, after five years as an R.A.F pilot, with his Canadian-born wife, Margaret (she’d been to the UK to be a spectator at the coronation of Queen Elizabeth II). They brought with them their daughter Linda—at three months old. Subsequently they became happy parents to three more children, Kenrick, born in Kingston, and Alison and Julian, both born in Peterborough. All of their progeny have since rewarded their parents with active careers—and families of their own—from New Brunswick to British Columbia.

After a two-year stint as a reporter at The Kingston Whig Standard, Hancox—in his spare time from family care—became editor-in-chief of The Peterborough Examiner, followed by an appointment as editor-in-chief of the Canadian edition of Reader’s Digest magazine. An accumulation of business and management experience gathered along the way resulted in his appointment as chairman, president, and CEO of Reader’s Digest Canada, which he guided for more than two decades. He also spent a year at Harvard, as the Canadian Nieman Fellow, six months at Harvard Business School, and two years as Consigliere delegato and chairman of the board of Reader’s Digest Italy. He has authored, what have been said, by friends, to be a number of learned papers, and has delivered numerous speeches on magazine publishing and public policy.

After he retired from his career at the Reader's Digest, Ralph joined Simon Fraser University, where he worked as Adjunct Professor in the late 1990s. He worked with Anne Cowan-Buitenaus and Rowland Lorimer in the newly established Master of Publishing Program, whose creation was funded by the Reader's Digest Foundation of Canada. Ralph served as Adjunct Professor and Professional Fellow Emeritus at Simon Fraser University where he published a textbook, Managing the Publishing Process, for the Canadian Center for Studies in Publishing. There, he was honored with the Chancellor’s Award for Distinguished Service for 10 years of teaching before he retired again at the age of 80, in 2009.

In his second “retirement” in beautiful Victoria, British Columbia, Hancox kept up a prodigious output: a memoir (Vanity, Profanity—All is Insanity); a compilation of humorous correspondence between himself and the late Peterborough artist, Robert B. Porter (Dear Mr Porter, Sir…); and several novels, including The Fabufestan Exposés (Con Job and Scandalous), and The Ape & the Peacock. 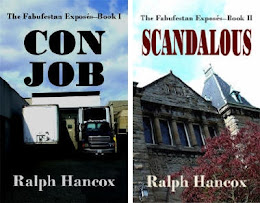 A Memorial Scholarship in Ralph Hancox's name was established in 2017 to honour Ralph’s commitment to the publishing industry and his dedication to his students at Simon Fraser University’s Master in Publishing Program. The purpose of the scholarship is to support the edutation of a master’s student, while recognizing that Ralph valued education, writing and a wondering mind and his students who demonstrated these qualities.
〰〰〰
MORRI MOSTOW 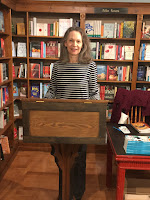 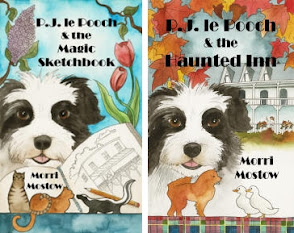 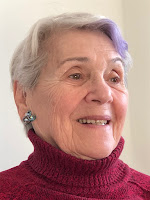 Speaker, activist and author, Gloria Levi was born and raised in New York City, and has lived in Israel and Canada. A gerontologist with more than 30 years’ experience in the field, Gloria has worked as a recreation therapist, social worker, trainer/consultant in aging, and a community volunteer coordinator. Her series of six booklets, Challenges of Later Life (1992) was widely distributed throughout Canada. Her book, Dealing With Memory Changes As You Grow Older (Bantam, 1998), co-authored with Kathleen Gose, has been translated into six languages.
A political activist, Gloria served as a councillor on Coquitlam Council from 1981 to 1984. She later established Habitat for Humanity of Greater Vancouver and helped build 27 houses, from 1997 to 2004.

A dedicated student of Judaic studies, she translated the story of a Chasidic master, The Life and Times of Simcha Bunim of P’shischa (2007), from the original Hebrew. 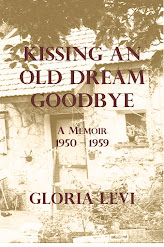 Gloria published her first memoir, My Dance with Shechina, in 2012, followed by her second memoir, Kissing an Old Dream Goodbye (Fictive Press), in 2019. A mother of five, a grandmother of 11 and a great grandmother of seven, she lives in Vancouver, British Columbia.
〰〰〰
JANET RUTH HELLER 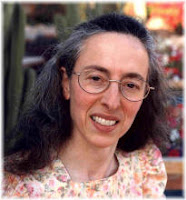 Janet Ruth Heller is the president of the Michigan College English Association. She has a Ph.D. in English from the University of Chicago and has taught literature, creative writing, linguistics, and women’s studies courses.

Janet’s fiction picture book about bullying, How the Moon Regained Her Shape, (Arbordale, 2006), has received many awards, including a Book Sense Pick (2006), a Children’s Choices selection (2007), a Benjamin Franklin Award (2007), and a Gold Medal in the Moonbeam Children’s Book Awards (2007). 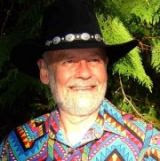 Doug lives on a small West Coast island, in Canada, where he struggles unsuccessfully to be self-sufficient. He is currently working on Shorties™ by Long, Volume II, when not pursuing his latest passion, songwriting. The Fool Who Invented Kissing, a collection of 55-word flash fiction, was published in 2012.

Doug has had a long and varied career, from Finance Editor for The Canadian Press, Public Relations Manager for Sun Life of Canada and Associate Editor for Reader's Digest Books (Canada), to Producer of a popular, syndicated TV morning talk/fitness show and Pro-trader on the Montreal Exchange. As a freelance Copywriter, Doug has published more than five million words in mainstream media and for major corporate clients. He has taught Direct-marketing Creative at McGill University and Public Speaking at Concordia University (both in Montreal). Since 1978, he has been freelancing as a Copywriter and Marketing Consultant, and is a principal in BizNet Communications with his wife, Morri Mostow, Publisher of Fictive Press.