A Short, Snappy, Fast-paced Thriller with a Paranormal Twist 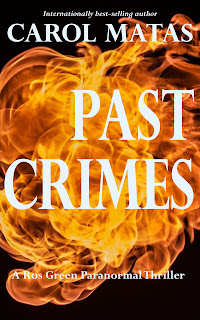 After the shocking murder of her husband, Ros and her baby relocate to her childhood home to live with her parents. Palm Springs, California—full of sunlight, small and safe—should be the perfect place to bring up a child. But things are not always as they appear.
Soon, an unexpected tragedy sets a dangerous series of events into motion. Someone, it seems, is out to get Ros. As she struggles to uncover the identity of her mysterious enemy, Ros finds herself looking for answers in the most unusual places. Could the attacks have something to do with her increasingly disturbing dreams? And how many people close to her need to get hurt before she figures it out?

5-STAR REVIEWS
"In Past Crimes Carol Matas also gives us more: in a world where past and present blend, her characters must learn to confront and struggle against cruelty and intolerance, which return like bad dreams and take many forms." Read the full review by mystery writer Anna Dowdall

"GRIPPING! Carol Matas's Past Crimes is a real page-turner, the kind of book you can't put down. Suspense, romance, murder, and mayhem, but so much more than that. It's a whodunit with a twist, with past lives, reincarnation, the Spanish Inquisition, and Fate added to the mix. It's a wild ride, thoroughly enjoyable, and highly recommended." Manuel Matas, author of The Borders of Normal: A Clinical Psychiatrist De-Stigmatizes Paranormal Phenomena
〰〰〰
The Fabubestan Exposés—Intrigue, Scandal, Murder & Mayhem 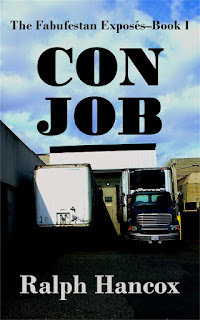 Gregor "Legs” Morowitz, on parole and virtually destitute, is offered his old job back at a Canadian boutique documentary and advertising company. The owners want him to head the team investigating the illegal drug trade in North America for a new TV documentary series, Look at the Evidence.
As production begins, Legs faces awary, even hostile, crew, and then a series of personal setbacks. At the same time, the company finds itself battling unknown enemies on multiple fronts, forcing theowners to take decisive, but sometimes wrong-headed action.

In Book I of The Fabufestan Exposés, it becomes increasingly clear that things are not quite as they appear, and to get at the truth, they must all look hard at the evidence. 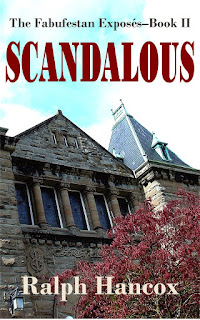 Led by the unassuming ‘Legs’ Morowitz, Fabufestan’s script crew soon discover that the subject of their latest TV documentary has morphed into three separate issues: human trafficking, people smuggling and bogus refugees. To expose the horrors of this triple scourge, they have to convince their bosses to take on more financial risk to let them produce three, one-hour episodes, instead of the planned one-hour program.

Meanwhile, the new provincial government is reeling from its first political crisis: a high-profile sex scandal involving three of its elected members, charged with sex tourism and trafficking under-age Thai prostitutes to Canada. The premier entrusts Angus McRossie, her Minister for Democratic Action, with crisis management. His wife objects to his involvement in such a sordid matter, and McRossie’s personal life and political career start to unravel from there. 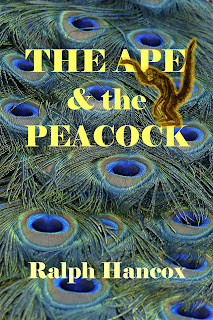 "Malfeasance! Why that's preposterous. If there was anything to it at all, it would be merely a bit of departmental muddling.
Was it credible that he could be thought a crook and a swindler? Patently, the answer was no. He had not received one cent for his trouble. In private industry, the work he had done on this enterprise alone would have made him a rich man two or three times over. All he had received was an annual stipend of a measly $12,500. He could make more managing his tannery."

It’s 1957 in the fictional Canadian Province of Superior. In the span of just a few days in November, the lives of several high-level government officials and a colourful cast of “destitutes” are about to change forever.

In this penetrating social commentary by the author of Con Job and Scandalous, wrongdoings lead to shockingly unequal consequences for the privileged and the dispossessed.

Our readers say:
"I loved this book. Although set in parochial Canada, the themes are universal. The author's sense of social indignation and his distaste for political hypocrisy are the background to two juxtaposed story lines, but the characterisations and the story-telling are sure-footed and the two extremes of the same world are skilfully contrasted. Above all, the book is well written and with a delightfully wry humour." SNM. Devon, England. 5-star review on Amazon.co.uk

"Some funny business in the stock of Consolidated Coal & Oil has finally caught the attention of the leader of the socialist party and the local newspaper editor, putting the eponymous “peacock,” Willy Trundle, a prominent provincial cabinet minister, on the defensive. Meanwhile, petty criminal Gutsy Timworth, the “ape” of the story, has trouble all his own. Like all morality tales, the characters in this fictional Canadian province get their just desserts. Or do they?" Heather Samuel. 4-star review on Amazon.com

"Hancox's fictional town of Turnerville in the fictional province of Superior appears to be located not far along the trans-Canada literary highway from Stephen Leacock's Mariposa and Robertson Davies' Salterton, populated with archetypal Canadian characters, architecture and attitudes. Then the light satirical touch of the opening chapter opens into a tragicomic morality tale of human frailty and the corrupting effect of even a little power. Within a couple of days in 1957 a provincial cabinet minister Willy Trundle, and a homeless deadbeat Gutsy Timworth face the consequences of what had seemed like venial sins. Hancox may want to demonstrate that 'wrongdoings lead to shockingly unequal consequences for the privileged and the dispossessed,' but undermines his intended 'penetrating social commentary' by making Willy a sympathetic character in spite of himself. Gutsy is obviously doomed from the start and we know right away there is nothing we can do for him. There are a few thoroughly nasty minor characters, but Willy's nemesis, the opposition politician Burnley Gordon, disarmingly admits: 'Nobody likes me, I've got soup stains on my tie. I smell in the hot weather. I'm a thorn in the flesh...' Some strong women try to hold things together: Willy's wife Challis, his mistress Lillian, his daughter Cynthia and daughter-in-law Elaine, and Gutsy's tragically over-the-top 'friend' Hattie. Considering that he sets this tale of good and evil in small town Canada of 60 years ago, Hancox holds out surprising hope for the younger generation. Or maybe he is being ironic? An enjoyable and thought-provoking read." Phyllis Reeve. 4-star review on Amazon.ca

"Not your usual read. The style of writing does a great job of putting you in the 1950's context. The main story revolves around Willy, a politician (the peacock) and Gustsy, a homeless man (the ape), and how they both deal with the consequences of poor choices. It also has compelling secondary characters who come to interact with them and their perspectives on the unfolding events. Worth your time!" 5-star review on Amazon.ca

FLASH FICTION AT ITS BEST—IN EBOOK ONLY

Get the eBook today!

Perfect for reading on your computer and on most eReaders.